The Reason Interview With Nick Gillespie « »
Tom Sachs: Taking NFTs Where No Man Has Gone Before 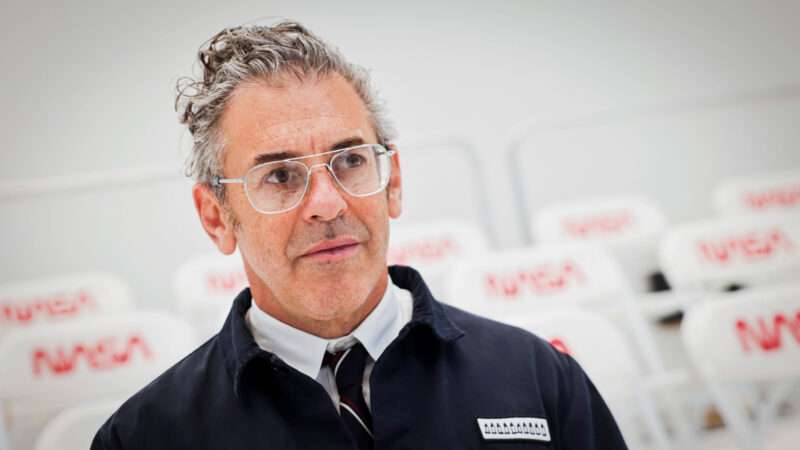 Do you want to build a rocket ship but don't have the deep pockets of Jeff Bezos, Elon Musk, and Richard Branson?

You might want to turn to the Rocket Factory, "a trans-dimensional manufacturing plant" created by artist Tom Sachs, in which you can build and own a personalized rocket in both the physical and virtual worlds. The project is one of the most inventive uses of NFTs, a groundbreaking technology that makes digital items one-of-a-kind by giving them a unique code that can't be duplicated or forged. Sachs' Rocket Factory stands at the intersection of crypto, the metaverse, and the persistent human longing for the new frontier. You choose your components and create a unique rocket online that gets minted as an NFT. Sachs builds a meatspace replica and launches it and you decide what happens next to the spent rocket: He can mail it to you, donate it to a museum, or shred it for you.

Sachs' project makes use of the Ethereum blockchain, the shared public database that makes it possible to prove that you and you alone own a particular NFT; of the metaverse, the 3D virtual world to which a great deal of human interaction may soon migrate; and of our persistent longing for the new frontier, which is what John F. Kennedy talked about when announcing his space program in 1961. all of which are characteristics of what is often referred to as web3—the next phase in the evolution of the internet.

Nick Gillespie spoke with Sachs in his studio in Manhattan's Soho neighborhood to learn about the role of psychedelics in his creative process, how the internet has radically flattened and improved the relationship between artist and audience, and why his meticulously handcrafted NFT rockets can be just as exciting, innovative, and inspiring as the ones made by Bezos, Musk, and Branson.

The post Tom Sachs: Taking NFTs Where No Man Has Gone Before appeared first on Reason.com.