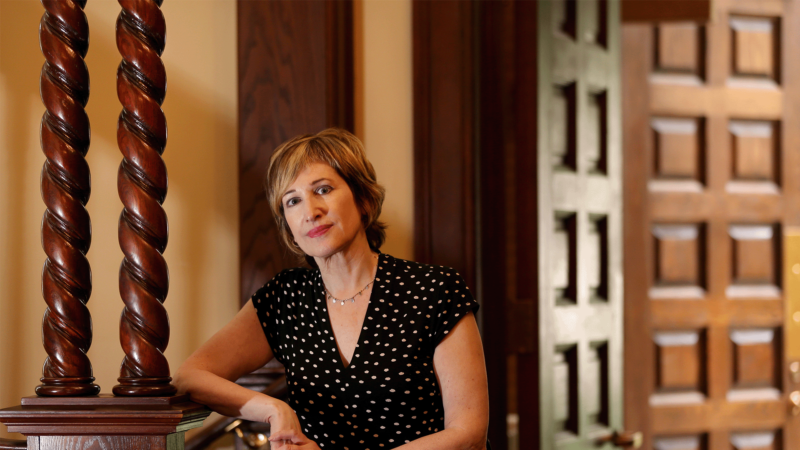 This week's Reason Interview was recorded in front of a audience at New York's Caveat theater, the first in a monthly series of live "speakeasy" events in which I talk with guests known for their commitments to heterodox thinking, free expression, and open debate.

I interviewed the only writer—living, dead, or likely ever to be born—who has been favorably compared to Norman Mailer and Roseanne Barr. Laura Kipnis is a professor emerita of film and journalism at Northwestern who survived a ridiculous disciplinary hearing when graduate students (not in her class!) filed a Title IX complaint charging they felt unsafe after she published an essay in The Chronicle of Higher Education about "sexual paranoia" on campuses (she wrote about that in 2017's Unwanted Advances).

Her new book, Love in the Time of Contagion: A Diagnosis, explores the effects of COVID-19 on personal relationships in a wide variety of settings. How will it change our ideas of romance, commitment, and sexuality? How has it intensified already boiling generational resentments among boomers, Gen Xers, millennials, and Gen Zers? Why exactly did we let governments structure all aspects of our lives, even the most intimate ones, for so long?

We talk about how the "sexual paranoia" she once saw largely confined to universities has escaped the college campus and now infiltrates workplaces. How do the widely acknowledged repulsive physical appearances of bad actors like Harvey Weinstein, former President Donald Trump, and Jeffrey Toobin condition our reactions to their behaviors, which range from criminal to merely disgusting? Why has intergenerational desire been demonized even when people acting on it speak out in its defense? And why has the blossoming and acceptance of a seemingly infinite number of gender identities and sexual orientations not brought the liberation that was promised?

This is a rollicking, rich, and ribald conversation that goes to the heart of human relationships in a post-COVID world.