The Reason Interview With Nick Gillespie « »
John Cleese: Wokeism Is the Enemy of Comedy—and Creativity 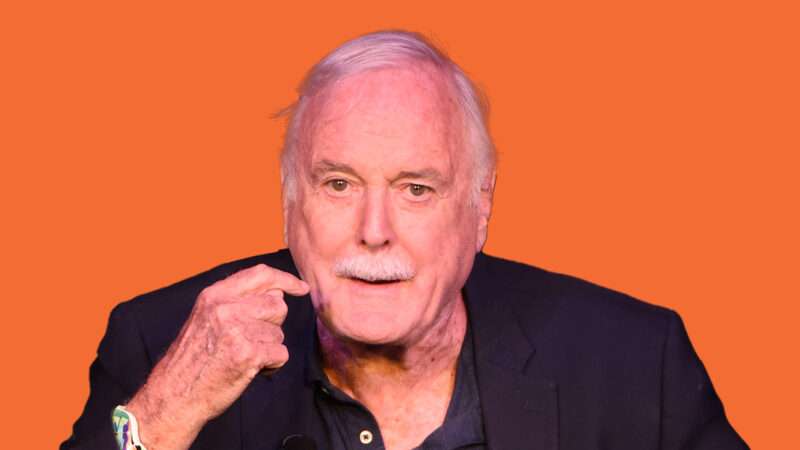 In a career that has spanned seven decades—and included classic shows and movies such as Monty Python's Flying Circus, Fawlty Towers, Life of Brian, and A Fish Called Wanda—the comedian John Cleese has uproariously and relentlessly satirized politics and religion while stretching the boundaries of decorum and good taste like so many silly walks.

Now 82, Cleese—who studied law at Cambridge—has recently set his sights on political correctness and wokeism, which he says are the enemy not only of humor but of creative thinking in all areas of human activity.

I caught up with him at FreedomFest, the annual July gathering of libertarians in Las Vegas. Cleese was the keynote speaker, there to discuss creativity, which was the subject of his 2020 book of the same title. It's a quick and excellent read, summarizing a wide range of psychological research on the topic and drawing from his own experiences.

It's a myth "that creativity is something you have to be born with," he argues. "Anyone can be creative." He also contends that "you can teach creativity," writing, "you can teach people how to create circumstances in which they will become creative."

After giving a talk on the attitudes and habits of mind he believes are necessary for creativity to 2,500 attendees at FreedomFest, I interviewed Cleese from the main stage about the importance of freedom of thought and expression when it comes to being creative, why wokeism is the enemy of that, and why creativity is so important to progress and civilization.

The post John Cleese: Wokeism Is the Enemy of Comedy—and Creativity appeared first on Reason.com.